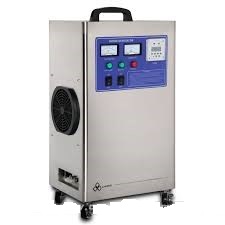 Ozonator: It is a device with an aerator at the end of its hose, which is inserted in the water, oil or food. It adds a tiny amount of ozone and results in a sanitizing and oxidizing effect. Ozone is produced by adding a third atom of oxygen to a molecule, i.e. O3 instead of the usual O2.Ozone was first used in water treatment in the late 1800s and ozone is more widely used in Europe and Asia than the United States.

Ozone is an unstable gas comprising of three oxygen atoms, the gas will readily degrade back to oxygen, and during this transition a free oxygen atom, or free radical form. The free oxygen radical is highly reactive and short lived, under normal conditions it will only survive for milliseconds.

Ozone is a colorless gas that has an odor similar to the smell of the air after a major thunderstorm. Ozone has a greater disinfection effectiveness against bacteria and viruses compared to chlorination. In addition, the oxidizing properties can also reduce the concentration of iron, manganese, sulphur and reduce or eliminate taste and odor problems. Ozone oxides the iron, manganese, and sulphur in the water to form insoluble metal oxides or elemental sulphur. These insoluble particles are then removed by post-filtration. Organic particles and chemicals will be eliminated through either coagulation or chemical oxidation. Ozone is unstable, and it will degrade over a time frame ranging from a few seconds to 30 minutes. The rate of degradation is a function of water chemistry, pH and water temperature.

The formation of oxygen into ozone occurs with the use of energy. This process is carried out by an electric discharge field as in the CD-type ozone generators (corona discharge simulation of the lightning), or by ultraviolet radiation as in UV-type ozone generators (simulation of the ultraviolet rays from the sun). In addition to these commercial methods, ozone may also be made through electrolytic and chemical reactions.

An ozonation system includes passing dry, clean air through a high voltage electric discharge, i.e., corona discharge, which creates and ozone concentration of approximately 1% or 10,000 mg/L. In treating small quantities of waste, the UV ozonation is the most common while large-scale systems use either corona discharge or other bulk ozone-producing methods.

The raw water is then passed through a venturi throat which creates a vacuum and pulls the ozone gas into the water or the air is then bubbled up through the water being treated.  Since the ozone will react with metals to create insoluble metal oxides, post filtration is required. 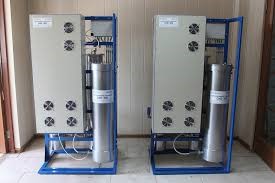 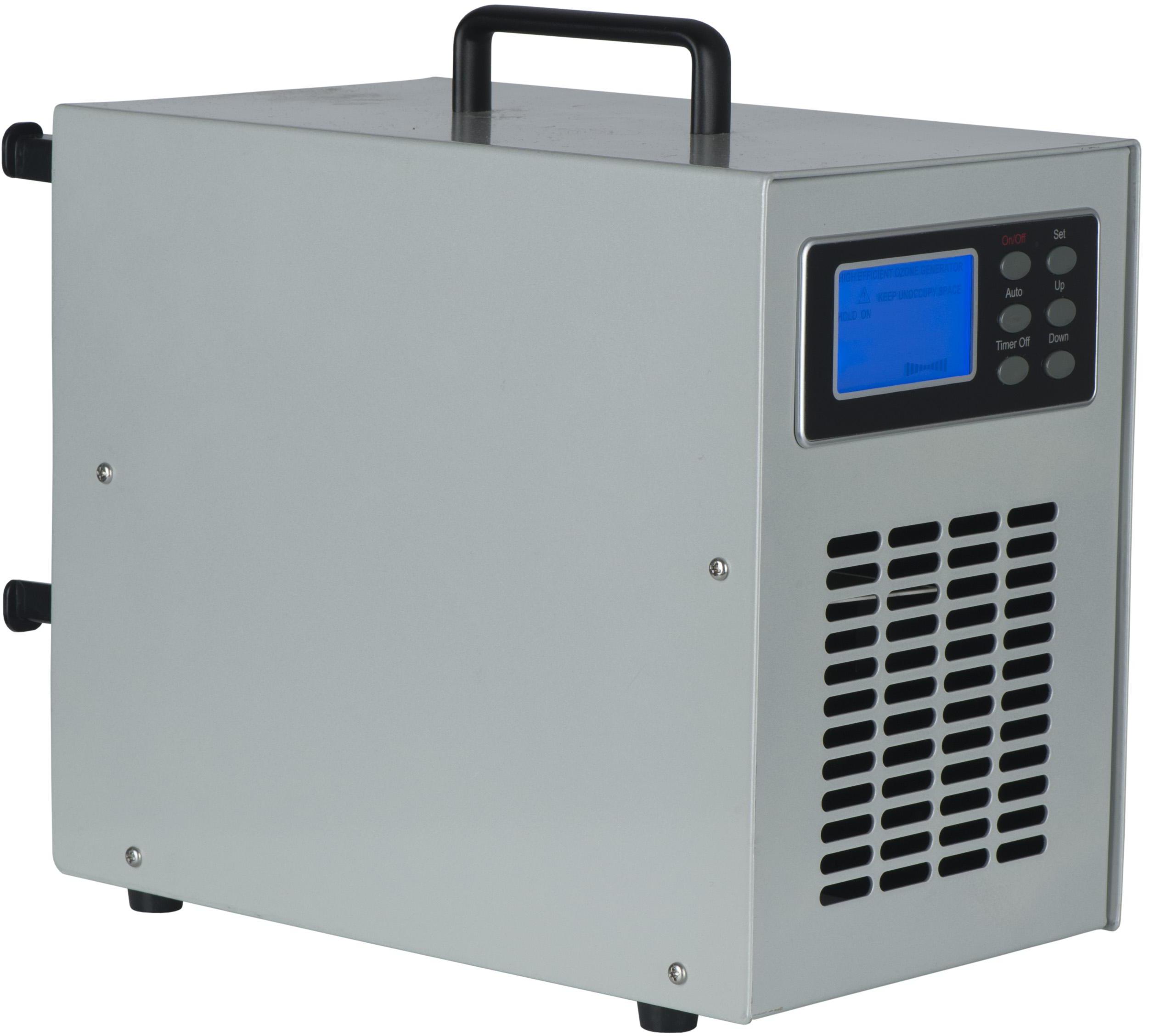 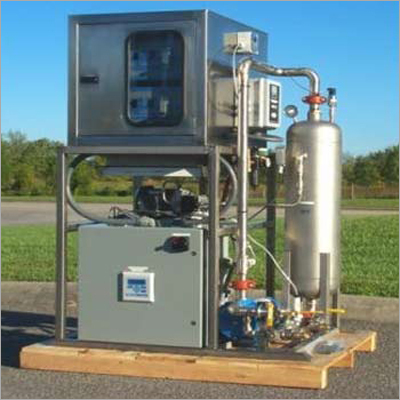 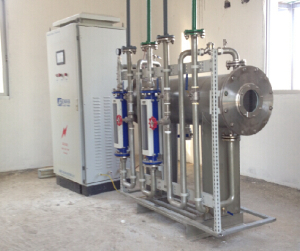