Rotating Disc System /Rotating Biological Contactor (RBC): It is a biological treatment process used in the treatment of wastewater following primary treatment.The primary treatment process removes the grit and other solids through a screening process followed by a period of settlement. The RBC process involves allowing the wastewater to come in contact with a biological medium in order to remove pollutants in the wastewater before discharge of the treated wastewater to the environment, usually a body of water (river, lake or ocean). A rotating biological contactor is a type of secondary treatment process. It consists of a series of closely spaced, parallel discs mounted on a rotating shaft which is supported just above the surface of the waste water. Microorganisms grow on the surface of the discs where biological degradation of the wastewater pollutants takes place.The rotating packs of disks (known as the media) are contained in a tank or trough and rotate at between 2 and 5 revolutions per minute. Commonly used plastics for the media are polyethylene, PVC and expanded polystyrene. The shaft is aligned with the flow of wastewater so that the discs rotate at right angles to the flow with several packs usually combined to make up a treatment train. About 40% of the disc area is immersed in the wastewater.

Biological growth is attached to the surface of the disc and forms a slime layer. The discs contact the wastewater with the atmospheric air for oxidation as it rotates. The rotation helps to slough off excess solids. The disc system can be staged in series to obtain nearly any detention time or degree of removal required. Since the systems are staged, the culture of the later stages can be acclimated to the slowly degraded materials.

The discs consist of plastic sheets ranging from 2 to 4 m in diameter and are up to 10 mm thick. Several modules may be arranged in parallel and/or in series to meet the flow and treatment requirements. The discs are submerged in waste water to about 40% of their diameter. Approximately 95% of the surface area is thus alternately submerged in waste water and then exposed to the atmosphere above the liquid. Carbonaceous substrate is removed in the initial stage of RBC. Carbon conversion may be completed in the first stage of a series of modules, with nitrification being completed after the 5th stage. Most design of RBC systems will include a minimum of 4 or 5 modules in series to obtain nitrification of waste water.

Biofilms, which are biological growths that become attached to the discs, assimilate the organic materials in the wastewater. Aeration is provided by the rotating action, which exposes the media to the air after contacting them with the wastewater, facilitating the degradation of the pollutants being removed. The degree of wastewater treatment is related to the amount of media surface area and the quality and volume of the inflowing wastewater. 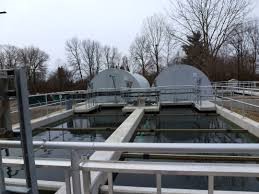 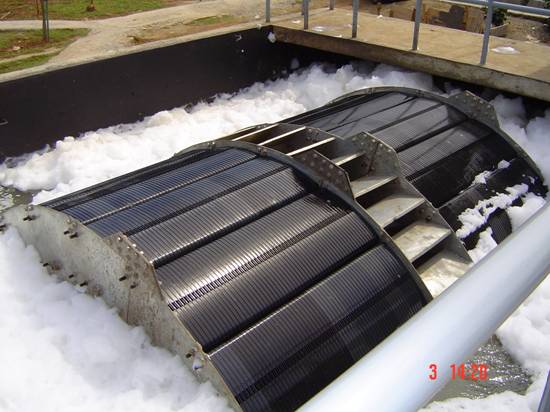 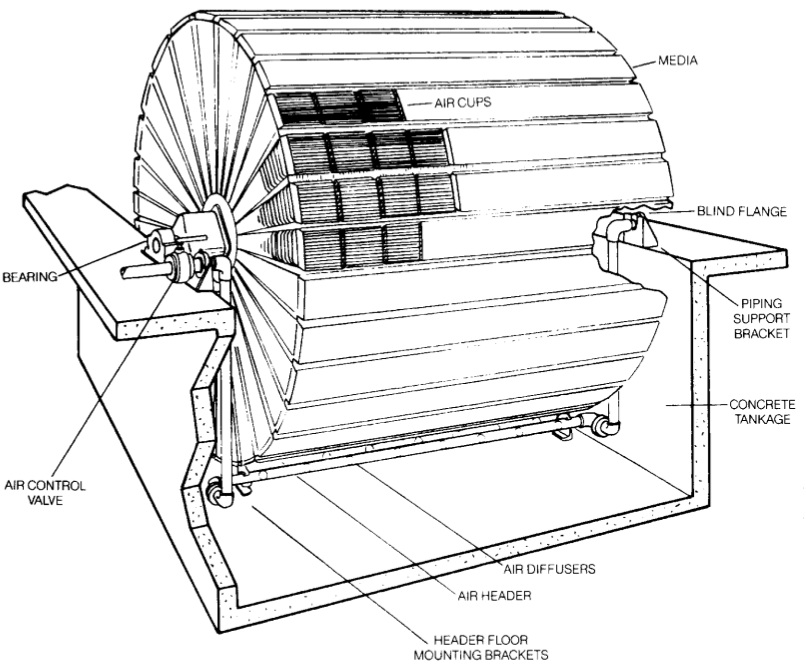